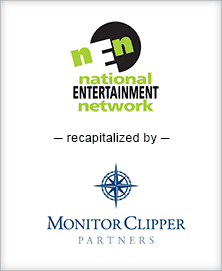 NEN operates over 51,000 machines in more than 15,000 locations nationwide, primarily offering skill cranes, bulk vending, kiddie rides and video games. It operates in 49 states as well as Puerto Rico and Washington, D.C. NEN also operates over 575 game rooms within its customers’ stores. NEN is the only amusement vending provider with the scale and size to serve customers on a national basis. Customers generally allocate front-of-store or post-register space in their stores for NEN’s equipment and in return NEN pays them a percentage of the revenue generated, enabling them to commercialize real estate that otherwise would be underutilized.

“The BGL team was there for us at every hour of every day, always thinking about the transaction,” said Kevin Wall, NEN’s Chief Executive Officer. “With their hard work and thorough preparation, coupled with a high degree of thoughtfulness and creativity, BGL produced several alternatives for the company. MCP brings significant industry experience, sophistication, and talent to NEN. Our new partnership will help us capitalize on our national scale to become a better business partner for our existing clients and execute on our exciting growth strategies.”

John Tilson, a Managing Director at BGL, commented, “We are extremely impressed with what the shareholders of NEN have been able to do with the business since purchasing it from Coinstar in September 2009. In a few short years, the company completed several initiatives to grow revenue and increase profitability. With its newly formed partnership with Monitor Clipper Partners, NEN is well-positioned to further accelerate its growth.”

< Back to All Press Releases
Link to bio for John R. Tilson