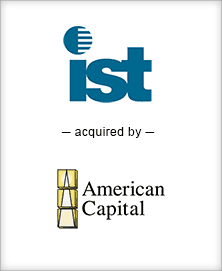 IST is headquartered in Horseheads, New York, and also has operations in Canada, Puerto Rico and the United Kingdom. The company is a global leader in the design and manufacturing of advanced sensing and imaging systems for hazardous environments including nuclear power plants and industrial facilities. IST serves diverse global markets including nuclear power generation, industrial manufacturing and scientific instrumentation.

American Capital acquired all of the stock in IST from its owners, four individuals who purchased the Company from corporate parent Westinghouse Electric Company in 1988 and successfully built IST into one of the premier suppliers to the global nuclear power and hazardous industrial markets.

In marketing the transaction, BGL approached a select group of strategic and financial buyers across the globe, many of whom had existing nuclear or industrial component interests. The Company attracted interest from a number of parties due to its high margins and leadership position in its markets.

American Capital distinguished itself by its knowledge of the industry and through its recent successful history with other nuclear and instrumentation businesses in its portfolio. In addition, American Capital’s experience in acquiring companies with significant foreign operations and an international customer base was instrumental in completing the transaction.

“This is American Capital’s third investment in companies serving the nuclear power industry, which has attractive long-term prospects globally.  IST is a leader in its niches, and has demonstrated an ability to build an impressive backlog of blue-chip customers and generate strong cash flow,” said American Capital Managing Director Robert Klein.

BGL Vice President Craig Korte commented, “This transaction marked a successful outcome to our clients’ years of hard work building IST into an industry leader.  Going forward, IST is poised for a new phase of growth supplying the global nuclear power industry under the leadership of its outstanding current management team and American Capital.”

American Capital is a publicly traded buyout and mezzanine fund with capital resources in excess of $2.5 billion. American Capital is an investor in and sponsor of management and employee buyouts; invests in private equity sponsored buyouts, and provides capital directly to private and small public companies. American Capital provides senior debt, mezzanine debt and equity to fund growth, acquisitions and recapitalizations. For more information, please go to www.americancapital.com.