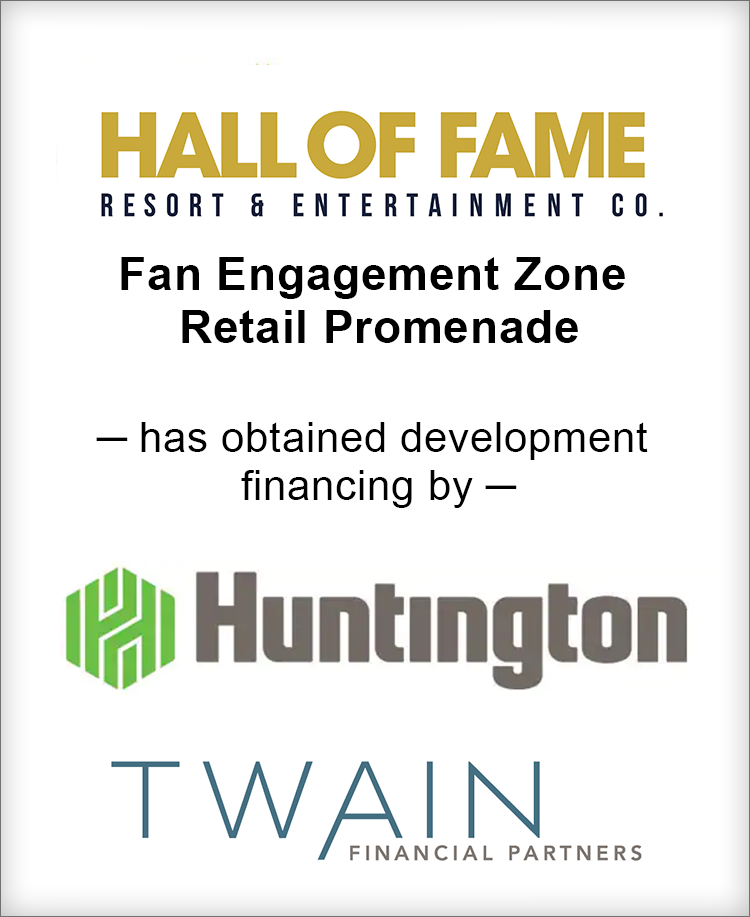 Brown Gibbons Lang & Company (BGL) is pleased to announce the financial closing of the Fan Engagement Zone, 82,000 square feet of sports and entertainment-themed retail and dining at the Hall of Fame Village powered by Johnson Controls in Canton, Ohio. BGL’s Real Estate Advisors team served as the exclusive financial advisor to the Hall of Fame Resort & Entertainment Company (NASDQ: HOFV) in the transaction, with Huntington National Bank and Twain Financial Partners providing the financing.

The Hall of Fame Resort & Entertainment Company (HOFV) is a leading sports, entertainment, and media enterprise headquartered in Canton, Ohio. Established in 2020, the publicly traded company is the result of a business combination between HOF Village, LLC — a partnership between the Pro Football Hall of Fame and Industrial Realty Group (IRG), established in 2016 — and Gordon Pointe Acquisition Corp (GPAQ). Under the leadership of seasoned executive Michael Crawford, President & CEO of Hall of Fame Resort & Entertainment Company, HOF Village is poised to capitalize on its unique partnership with professional football. This platform allows for the continued development of an integrated resort complex that is the Hall of Fame Village, as well as other gaming and media verticals.

“We continue to move the ball down the field and couldn’t be more pleased with the progress and the partnerships that have allowed us as a company to get to this point. We know that it “takes a village to build a Village,” especially in the times in which we are living in. We are grateful for the great work and alignment with BGL and other funding sources which have been instrumental as we strategically execute against our game plan,” shared Michael Levy, President of Operations for Hall of Fame Resort & Entertainment Company.

The Fan Engagement Zone Retail Promenade will consist of unique restaurants, retailers, and experiential offerings, with RSI’s Sportsbook, Topgolf Swing Suites, and Don Shula’s as anchor tenants, and will feature rooftop views of the Tom Benson Hall of Fame Stadium.