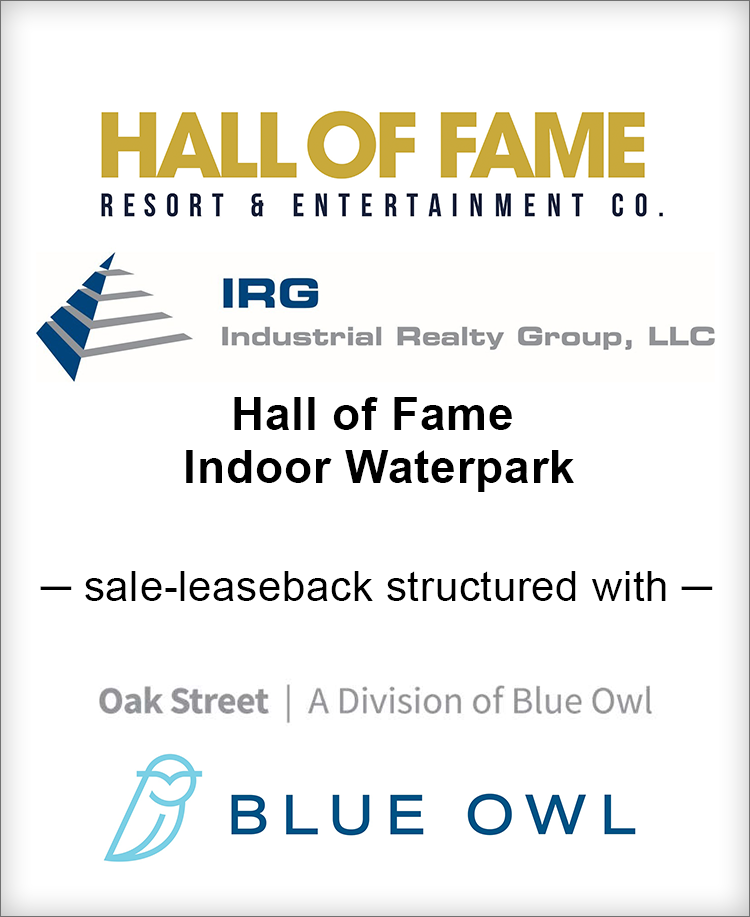 The Hall of Fame Resort & Entertainment Company (“HOFV” or the “Company”) (NASDAQ: HOFV) is a leading sports, entertainment, and media enterprise headquartered in Canton, Ohio, and is the owner of the Hall of Fame Village. Established in 2020, the publicly traded company is the result of a business combination between HOF Village, LLC — a partnership between the Pro Football Hall of Fame and Industrial Realty Group (IRG), established in 2016 — and Gordon Pointe Acquisition Corp (GPAQ). Under the leadership of seasoned executive Michael Crawford, President & CEO, HOFV is poised to capitalize on its unique partnership with professional football. This platform allows for the continued development of an integrated resort complex that is the Hall of Fame Village, as well as other gaming and media verticals.

“Blue Owl is pleased to work with HOFV on the financing of such an important component of the Hall of Fame Village and to continue their partnership with IRG, one of the leading industrial developers in the country,” said Colleen Collins, Managing Director of Blue Owl. “We also wanted to acknowledge BGL’s creativity to facilitate this transaction in the current challenging capital markets.”